I recently tagged along on a field trip with local students to the Buffalo Niagara Heritage Village in Amherst, NY. The students were learning about New York State History, specifically the area around Western New York. This regional history gem is a sprawling campus that includes both indoor and outdoor exhibits, including real churches, schools, and homes where students and museum visitors can step back in time and see what life was like in the 1800s.

During the tour of one of the houses, the docent shared a device called a stereoscope. 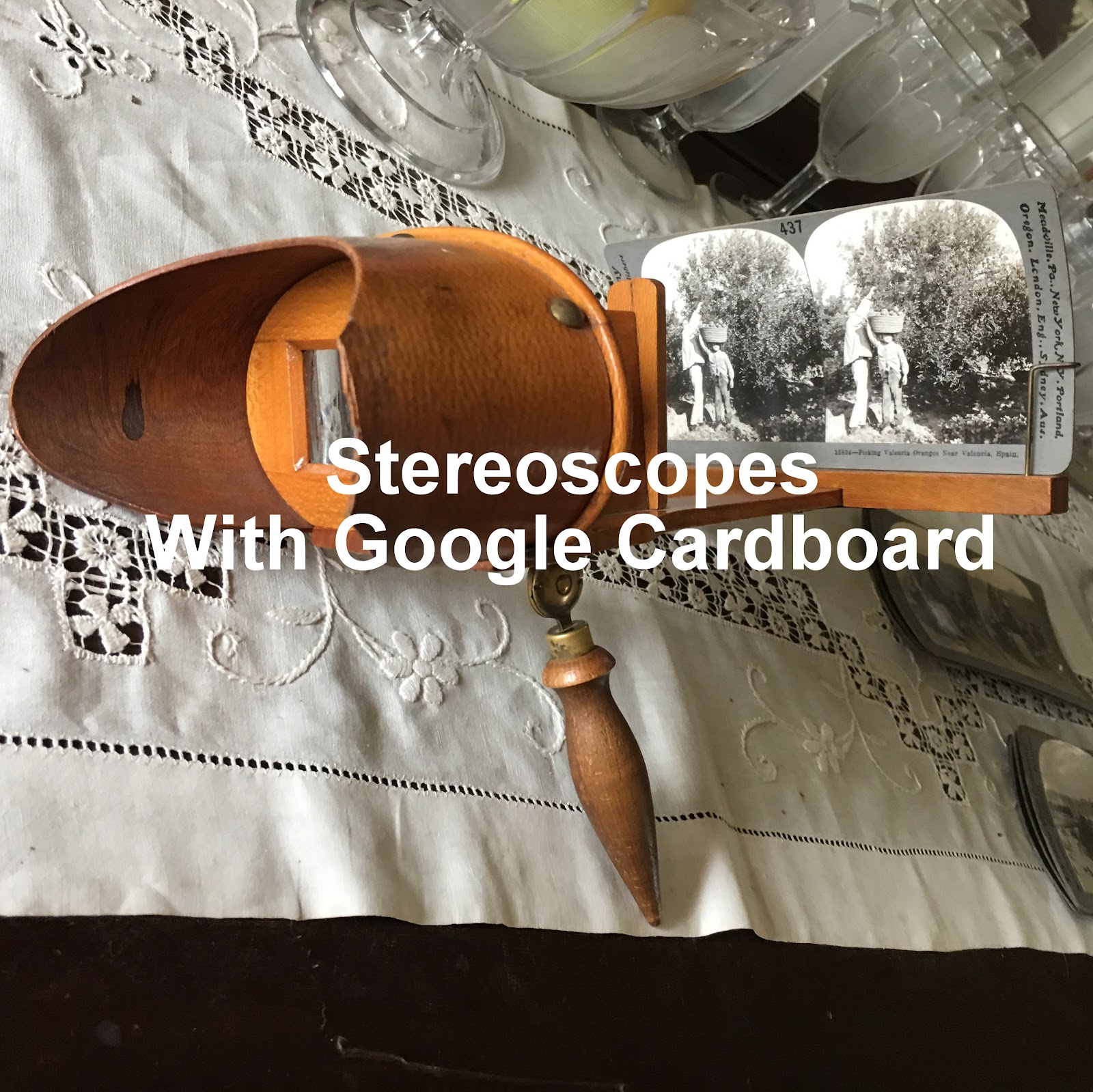 The students were very excited by this device, which was once one of America’s most popular forms of entertainment. Invented by Charles Wheatstone in 1832, with a patent in 1838, then upgraded in later years by Oliver Wendell Holmes, a stereoscope is basically a pair of glasses with uniques lenses and a platform for holding a special picture that takes advantage of human binocular vision so that two images side by side merge to form a single three dimensional image.

The docent let each student (and the adults who tagged along!) look through the stereoscope which depicted images of life in the 1800s. The kids were amazed, as was I, at the 3-D images we saw. It reminded of the ViewMasters we used to have when I was a kid. And then it reminded me of something even more modern: Virtual Reality.

When the students were done, I took pictures of the stereoscopic images with my phone. I wanted to see if they would work in Google Cardboard headset. I cropped the images to the edges of the stereoscopic picture, enlarged the picture to fit my phone’s screen, and horizontally placed it into the Google Cardboard headset. And what do you know, it totally worked!

I made a short movie that shows the stereoscopic images I photographed at the Buffalo Niagara Heritage Village (used with permission) which you can access here:

Note: This is a stereoscopic movie, so plop it right into your own headset to view in 3-D!

So, cool as it is to be able to view stereoscopic images in Google Cardboard, it’s also cool that it opens up some cans of worms of what this discovery means in terms of learning and engagement. 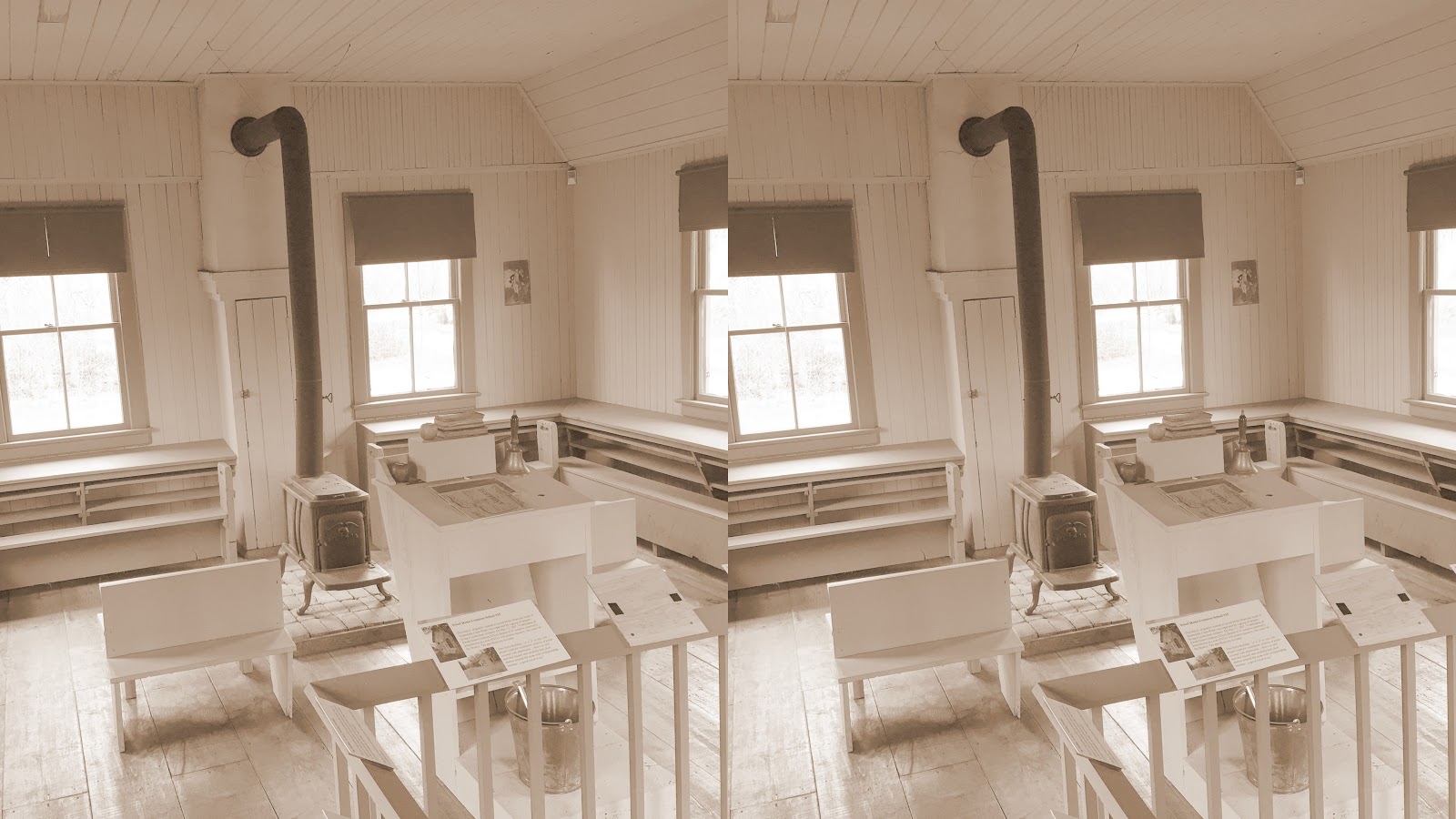 The caveat was a slightly grainy image, but that added to the historical look of it.

I’d like to thank the people at the Buffalo Niagara Heritage Village for permission to use the Stereoscopic Images in their collection as well as their commitment to preserving local history in such an interesting way. If you ever find yourself in Western New York, the Heritage Village is a definite must-see! Perhaps you should bring your own Virtual Reality headsets--there might an opportunity to use them!