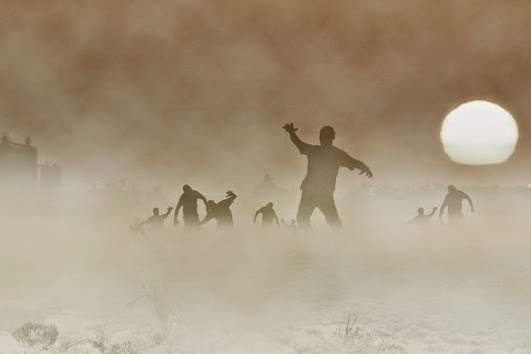 Connected PD is now an Imperative

I used to sit in workshops that were peripherally, if at all, related to my professional practice. I’d spend hours in a physical face-to-face workshop and leave with maybe one or two ideas that mattered to me. I may or may not have acted on those ideas dependent on how stressed the workshop left me, knowing that I had classroom responsibilities that superseded what some suit was telling me about what should matter.
It was a broken but ensconced system for growing professionally that ignored the fact that there were things that personally mattered to me and the students I taught. I wasn’t asked if the PD interested me; I was just told to go. I received my initial teaching certificate in 1998, a time when I was well aware of the information the internet had to offer. As I started following educators across the myriad social networks I participated in (first with listservs and physical chat rooms), I learned quickly that scheduled and barely relevant PD was too long of a wait to get vital, transformational information.
Unlike traditional and months-in-advance-planned face-to-face professional development, being a connected educator has afforded me “just in time” learning opportunities 24 hours a day, 7 days a week. This was even before the popular social networks were entrenched in the fabric of today’s PD landscape. I’ve known for more than a decade the value of socio-technological engagement. No workshop I can attend now is more valuable or offers me more perspective than my online digital professional learning network (DPLN).
I’d like to clarify that what I’m writing about is not necessarily about technologies per se, but about what we’re doing with the technology that matters. I am laser-focused on my objective: How can I grow professionally with a cadre of peers that “gets” what I’m seeking to master?
To continue reading this post and to see the 3 things educators should consider when deciding to participate in connected PD, please view the full post on TeachThought.
Mike on Twitter: @fisher1000
Digital Learning Strategies and Upgrade Your Curriculum, available from ASCD
Exploring the Close Reading Standard, eBook available from Amazon
Posted by MikeFisher821 at 5:39 AM No comments:

A Critical Look At The "Close Reading" Standard

Cross Posting BY MIDDLEWEB · From 09/28/2014
“Read closely to determine what the text says explicitly and to make logical inferences from it; cite specific textual evidence when writing or speaking to support conclusions drawn from the text.” — English Language Arts Standards » Anchor Standards » College and Career Readiness Anchor Standards for Reading » 1

by Michael Fisher
Close reading is not a thing.
It is not a skill. It is not a big idea. It is not new.
It is an iteration of New Criticism in a new Common Core chrysalis. The caterpillar—traditional literary lenses, among them Formalist criticisms, Reader-Response criticisms, and, perhaps, Structuralism—went through a transformation and have emerged as a new butterfly of comprehension and evidence.

If we look at just the words read closely in a contextual way, what do you think the relationship is to the remaining words in this anchor standard? When these two words are separated from the remaining 29 words, a misinterpretation of the standard emerges as a potential separate skill, though other necessary skills here are more distinctly apparent and important (if one closely reads the standard): Reading closely then is the magnifierto ensure the suite of four related skills in this standard are achieved. In other words, close reading serves as a magnifying glass strategy.
If we want to dive into a specific portion of text (or comparison of texts) with a purpose, everything that is viewed through the magnifying glass deepens students’ development of the entire anchor standard’s learning expectation.
Using the magnifying glass is not a skill to be learned, it is simply a tool to amplify this standards’ priorities.

Consider this: the anchor standard is the ONLY place that the phrase “read closely” is mentioned; it is not used again in any grade-specific reading standards.
When we focus on only a portion of a standard or decide to agree with what vendors tell us, then we lose the intention of the standard. The intention of this standard, and all of the other reading standards, is for students to comprehend what they read. Reading closely is great, but that is not the objective. Reading comprehension is the objective.
In order to get to comprehension, the focus should not necessarily be on all the ways students could closely read a text, but on the evidence students provide for thinking what they think. Perhapsmetacognition could be the real focus. The important words in the standard are not necessarily “read closely…” but rather “…what the text says explicitly.”

The expectations change in sixth grade The grade level standards are pretty clear about what students need to know and be able to do. At the lower grade levels, they must be able to ask and answer questions about specific details in the text. Then in sixth grade, the verb changes.
In sixth grade, the students have to “cite evidence” that supports their thinking, which becomes sophisticated over time depending on the best evidence to support their thinking and evidence across multiple texts.
These growing expectations can be met through close reading (as a label for textual analysis) and also through new questioning habits that focus on the details. This can be done whether we are developing “close reading” lesson plans or not.

Close Reading is a lens through which we view the multiple ways in which we analyze text. Close reading is about the way we use evidence in text and the way we engage with the text when we ask and answer questions about it. Close reading is primarily about developing better comprehension habits.
What do good readers do when they read? They examine. They connect. They decode. They acquire. They discover. They think. They annotate. They visualize. They comprehend. They uncover.
These are the verbs. These are the skills. These are what really matters.
For more about Mike Fisher’s stance on Close Reading, his new eBook, Exploring the Close Reading Standard: Ideas and Observations, is now available on Amazon Kindle ($4.99). Michael Fisher is a former middle school teacher and digital learning consultant who writes frequently for MiddleWeb. He is acontributor to the new Solution Tree series,Contemporary Perspectives on Literacy, which tackles global, media, and digital literacy. In addition to 2012’s Upgrade Your Curriculum, written with Janet Hale, Mike is the author of the 2013 ASCD/Arias book Digital Learning Strategies: How Do I Assign And Assess 21st Century Work?  Find Mike on Twitter @fisher1000 and visit his website The Digigogy Collaborative.