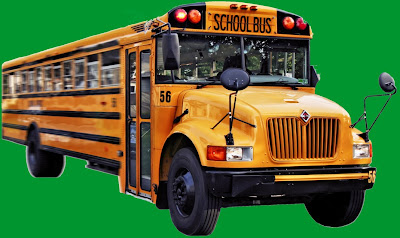 And We’re Off and Running!

Many of my colleagues and friends are starting school tomorrow here in the Northeast, and some of you have started already! I thought I would create a “Back 2 School” Blog Post with an idea for starting the year off on the right foot.

I’d like to first have you consider whether technology itself is worthy of being a set of “skills” that we must develop. The usage of “21st Century Skills” is quickly becoming a banal phrase and only carries as much meaning as the person who says it is committed to its meaning…and there are multiple meanings and interpretations!

That said, isn’t technology so infused for our students now that saying that we’re going to use it is like saying the movie we are going to go and see is “in color?” Isn’t it a given? (At least for the kids?)

So, I’d like to ask you to commit to being a “Champion of Ubiquity” this coming year. Assume the technology is a framework for everything you do or everything you offer to your students. Let your teaching methodologies and student assessment products be menu items rather than set in stone artifacts and modalities.
Give your students opportunities to design their own instruction based on their experiences, based on their own readiness and interest, or any other platform from which you might consider differentiating yourself. (You know this stuff…why should you be doing all the work?!?!? Let the kids be tired at the end of the day from their hard work—not you!)

Make a difference this year by becoming the teacher you wish you had, or by making instructional design choices that truly benefit the 21st Century Learner (including yourself!) The “21st Century” isn’t about the transference of information – it’s about the sharing of information and the collective creation of something new from that. It doesn’t matter what the label is on the learner…whether they are the teacher or the student or the administrator or anyone who wants to be in the process! Everybody is a learner now—that’s really what the 21st Century is all about!