It started with a watch for the water to start moving in and during that time, there was a lot of talk about the earthquake, the expectations of the tsunami, how the tsunami would cause damage, the shifts of oceanic crust the propagated the tsunami – lots of science being discussed.

When I logged on to the CBS News’ Ustream channel  I was able to see this unfold with a Twitter stream running beside it: 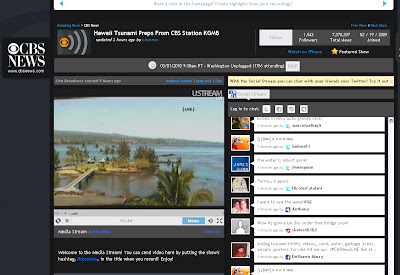 I was able to start a backchannel discussion using Todaysmeet.com to discuss the tsunami in real time, outside of Twitter—which is important because that would be a safer alternative to Twitter, as far as acceptable language… 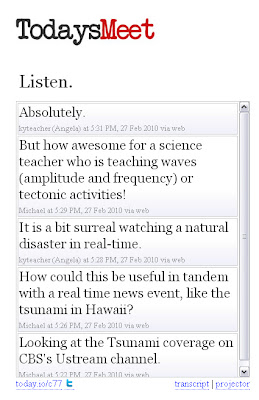 I was also able to take screenshots of the evolution of the ebb and flow of the water that the CBS News Camera was capturing: 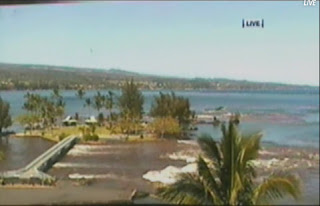 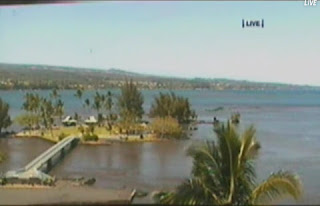 This made me think about all of the new ways that we could engage the teachable moment now with web tools. Specifically, today, I used Ustream, TodaysMeet, Picasa for the Screen Captures, Twitter, and resources from Mashable’s Weblog. The screenshots below represent links to content about the Earthquake and/or the Tsunami. 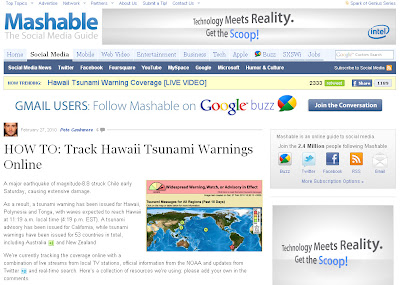 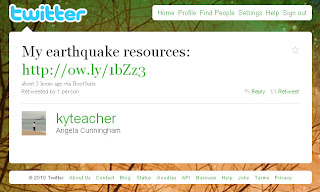 What a spectacular learning event!